Local 518 Show host Andy Gregory got down to earth coming up with this playlist, floats it to you to enjoy. This week he features songs by Belle-Skinner, Allyson Smith, Ryder Cooley & Dust Bowl Faeries, Griff, Dominic Orlando, and The Insolent Willies. The Attic Classic is Tom Winslow's now-classic official sloop song "Hey Looka Yonder (It's The Clearwater)." The song was written in 1968 as he helped Pete Seeger raise funds to build the boat - named the "Clearwater" - to sail the Hudson in an anti-pollution campaign, reminding people of how the river was before it became a waste dump. 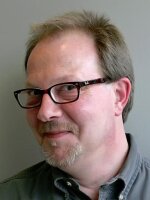