It’s time for that annual ritual, picking the best movies of the past year. Here we go -- in alphabetical order:

“A Beautiful Day in the Neighborhood”: Tom Hanks, every bit as effective as you expect him to be as Mister Rogers.

“Captain Marvel”: A first-rate affirmation that in the Marvel Cinematic Universe, women also can have their day.

“Downton Abbey”: Just what a movie sequel to a TV series should be for its fans, more of what they want.

“The Irishman”: De Niro, Pacino. Pesci. Scorsese. What more could you need?

“John Wick 3: Parabellum”: For action fans, Keanu Reeves puts the pedal to – and through -- the metal here.

“Mike Wallace Is Here”: A simply terrific biography of the much-feared “60 Minutes” staple.

“Once Upon a Time ... in Hollywood”: Quentin Tarantino’s vivid recollection of show business in the late 1960s, and related tragedies.

“Toy Story 4”: For anyone who thinks sequels make a series weaker, here’s an enormous argument against that.

And there you go, my favorites of the past year – and here’s to another good one of movie-watching. Happy New Year! 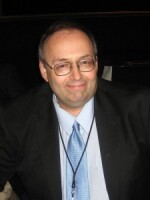