Arts
On Demand
Catch new on demand listening opportunities all gathered here. Live at EXT sessions, 518 Sessions and various interviews will all land here as well as on their associated program pages.Thanks for listening. Thank you for your support!

As a classical guitarist, Joel Brown, has traveled worldwide appearing in the Czech republic, in Asia with the Singapore Chinese Orchestra and in the U.S. at Lincoln Center and Carnegie Hall. His varied talents aren’t limited to classical music though. Brown is also a member of the touring group Triple Play, a border-crossing trio blending jazz with blues and folk, including members Chris Brubeck and harmonica legend Peter Madcat Ruth. Between tour dates he can be found at Skidmore College in Saratoga Springs as an Artist-in-Residence.

Joel recently came by WMHT-TV to record a segment for AHA! A House for Arts (Wednesdays at 7:30pm).  Hear these sessions on the radio (and here online), and see them on WMHT-TV.

Let’s listen to a few cool tunes they played for this session, "New Life of Mine," "Everyone’s Gone Home," and "Madelyn." 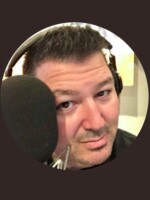